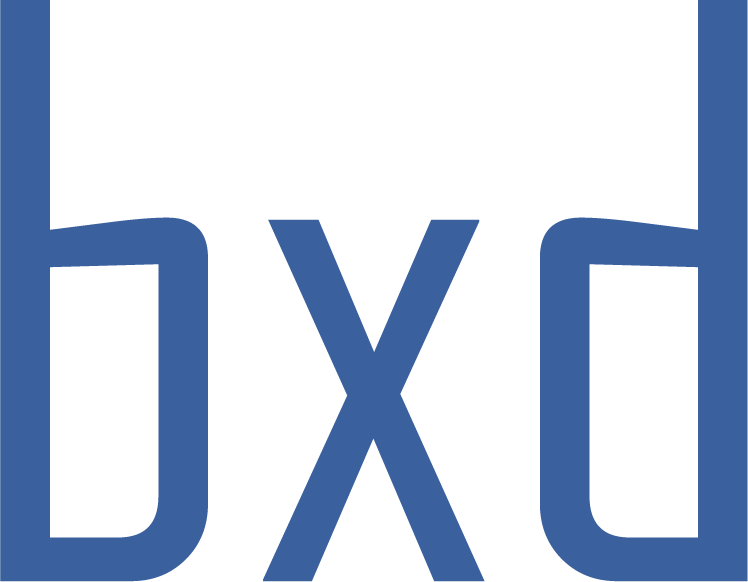 The paradigm shift staff go through

The paradigm shift staff go through

no matter what industry!

“To put it simply and starkly: If you don’t get the people process right, you will never fulfill the potential of your business.” - Larry Bossidy

As regular visitors will know I have been working for well over 25 years changing hearts and minds in people’s attitudes to working in care. The mind shift almost always travels from introductions where people say / imply things that contradict the basic philosophy of the course to an ending where people state publicly (or privately to me) how they always thought like this. Usually adding something like - “it is great that a training like this exists so that all those other people I work with whose attitude needs adjusting can access it”.

This paradigm shift is such that once people get on board they cannot see that they previously saw the world any other way. In their eyes the experience just backs up their formerly existing viewpoint. They cannot remember their belief was different because currently they cannot accept they ever felt any other way.

The term paradigm shift highlights the inability to hold two competing yet opposing beliefs at the same time. If you believe the Sun moves around the flat Earth, and then learn the science of planetary bodies, you cannot hold both beliefs in tandem. Both are not possible at the same time. Your paradigm, or pattern of belief, shifts and you suddenly find that you could not have believed anything else.

When you get to the finer points of Organisational Behaviour Management or Positive Behaviour Support you gain an increasing understanding this will change the working world for the better for all. However this technology, like any human based process, is only as good as the “buy in” throughout the organisation.

A major part of the process is overcoming resistance from non believers. With the skills in place to work with and overcome this resistance, the process itself appears to make sense to those who gain enough knowledge to be converted.

The shift in tide will no doubt occur when enough people are “on board”, others will feel the opinion shift. Additionally as you gather data, and prove the success, those who were not “on board” soon imply that they always were!

Such is the true effect of altering hearts and minds.

- taken from this blog

This course is FULL - Register for the waiting list

Register here to reserve your place for the next course

More Posts from the de-escalation blog

Adapting to our new normal through online workshops

As the world is adapting to the new normal we have developed a modular online highly interactive workshop to assist us all in this new normal. Given that we can suddenly have certain groups of staff isolating for a period of time we now have the ability to put them on engaging training. So how did this online workshop come into being?

I have wanted to do a post about Hanlon's Razor for a while and the mask issue has led to me combining that here. Our non verbal communication being misinterpreted or misunderstood should not be considered intentional.

During this time of COVID-19 coronavirus

With all of us having concerning times we all need to do what we can for each other. There are many stories of people going above and beyond for those in their community. I see the people who have been through our system as part of our community. We all have people in our lives we need to support and look after due to vulnerabilities. As most of you will work within our industry or have people who you need to support within your household / family you will have difficulties supporting during illness and getting cover. Isolation is a concern - there are effectively physical walls between us.

Age and the different responses

Teaching different groups can lead to predictable responses. When you teach a group where half the participants work with younger kids (under 11 ish) and the other half work with young people (teens) there is a clear dichotomy in their attitudes and responses around problem behaviour. It all comes back to the issue around the distractor versus the reinforcer.

A Place on the Restraint Reduction Network Certified Organisations List

Certification in itself is a process that cannot be rushed, this is a good thing as it is important that the system does exactly what it says on the tin. Throughout the months of preparation, assessment and certification it is hard to appreciate what the outcome will look like for our efforts. Today (6th Feb 2020) the image of the list of certified companies looks like this - today only, however I like the imagery :-)

As you know from our previous post about offloading we @D8 have always fundamentally separated the concept of Debriefing into 2 distinct and different areas. As we are in 2020 we should add that the Restraint Reduction Network Standards (2019 version 1.1) have also got these laid out into the same 2 areas.

Over the last few years we have had a terrific response in terms of de-escalation with our course incorporating Affect Labelling. Emotions arise to make us pay attention to our environment. The more emotional our experience, the less we can think clearly, resist impulses, and engage in constructive problem-solving. By creating even the simplest label, we learn to express what we are experiencing. At a rudimentary level, we think about what is causing us to feel emotion and take action to experience either more or less of the emotion, depending on the situation.

In a previous life I worked as a trainer for another organisation. This organisation had several trainers which meant when delivering update days I would, more often than not, be delivering an update day to a group who I had not delivered the original course to.When doing the introductions on an update day I used to consistently hear a couple of common comments.

D.ESCAL8™ know it can sometimes be difficult finding somewhere to take the individuals we support on holiday. Concerns around behaviour - particularly noise and breakages - make supporters feel limited in the choice of accommodation. D.ESCAL8™ recommend Fronrhydwen, a family run smallholding in Pembrokeshire, where Des Cooke lets out a cottage for holidays. The four bedded accommodation is set in a rural 4 acres, affording space and quiet, whilst being situated a short drive from all the area has to offer. Des and his family have welcomed individuals and their carers on many occasions. They have a relaxed and flexible approach e.g. acceptance that noise is part of life.

Offloading - a subsection of de-briefing

If there is any indication or suspicion that anyone has suffered an injury or psychological trauma following the incident / use of physical intervention they must receive treatment and support as soon as is reasonably possible. Debriefing is misused as a term, and while analysis is important in a Positive Behaviour Support framework, your D.ESCAL8™ facilitator discussed these two areas and the differences between debriefing and offloading.

What kind of support carer are you?

When under pressure we respond in a small number of differing ways. These tend to be in 2 main camps. Those who feel the need to control and those who have a more relaxed attitude. The question is which has a better effect on the person in distress? Picture this, you are under pressure and in distress and you shout at your partner "just get me my dinner!" and your partner replies "No, you will not talk to me in that manner! ENOUGH now."

the D8 admin system has developed steadily over the last few years and is now at the point where we can release individual participant online access to their own digital certificates. This has been a while coming and the certificates do not look anything like their physical solid card counterparts. However it does mean participants who for one reason or another do not get their certificate from the course organiser or have lost it, can gain a digital replacement themselves online.

From Inception D8 was formed as a method of getting high quality training to those who care for individuals in distress. Part of that concept involves smaller companies and individuals who find accessing training prohibitive for various reasons. Apart from the obvious cost implications with running a full training course there are also the implications regarding closing a business to release staff for the course to occur.

Over the last few years we have been having many conversations with family members who say they never receive support with their child or relative's behaviour.For a long time we debated how to achieve supporting family around their person. I grew up with disabilities as part of my family life and therefore am quite close to the fundamental idea that we are in a great positions to assist others.

What should we be focussing on in DeBriefing

The term debriefing is an industry-used term. In our industry while useful it is often misunderstood when talking about application at ground floor or grassroots level. When discussing the term de-briefing we @de-escalate.com have separated the term debriefing into different areas. I will discuss one of these here.

A brief conversation around the administration system that we use on a daily basis.

Recently I was lucky enough to attend the latest BILD seminar entitled - Attachment Trauma & Relationships D.ESCAL8 has, from its inception, focused on attachment, trauma and resilience in relationships and in our main course titled – “Developing Positive Relationships with Individuals in Distress”. I was therefore interested in this seminar in particular and was able to swing my timetable to go in the last few days prior to the event.

PBS, Positive Behaviour Support Training focuses us to follow a path, yet there has not been a succinct summation I cared to share until now. The British Institute of Learning Disabilities’s new Centre for the Advancement of Positive Behaviour Support has commissioned a video animation to help explain PBS. I have put it here and also an easily memorable short link for you to this video.

A service director the other day commented how it was only on Physical Intervention training that the staff start questioning to the Nth degree about scenarios and possible outcomes of events. She stated that it would not happen on a first aid course. Well I know a first aid trainer who would disagree, however I have been on a lot of training as a participant in the last year (see biog) and can agree her point is valid.

The Assumption about Physical Intervention Training

What would you do? This seems to be an innocent question with a straight forward answer. However, when asked by someone who works in healthcare industry, assumptions take over and most people are convinced they know exactly what that entails – lets look at the options

Challenging Behaviour is a term the healthcare sector has misused for years. When the term was originally introduced, it was an attempt to move away from the then widely used term "behaviourally disturbed". The healthcare sector recognised that the term had become associated with some very negative connotations and therefore should not, in good conscience, be given to an individual.

June 12th 2014 saw D.ESCAL8 running workshops and being a major sponsor of the Care Learning Conference. This fantastic day led to our "Communicating with individuals in distress" workshops being full within minutes of the doors opening as the delegates chose which workshops to attend.

Get information on our courses Now !